While I've been away on a week's holiday (writes Keith), my colleague Flick Rea has been busy writing about West Hampstead issues in her Fortune Green blog. Here's the latest on the West Hampstead Interchange from Flick:

Just when we thought that plans were all falling into place to improve access to West Hampstead Thameslink and to make it safer for pedestrians around Iverson Road it seems that the plans, if not derailed, are most certainly being downgraded!

West Hampstead Thameslink Station Upgrade
Network Rail's planned improvements included platform lengthening to fit 12-carriage trains, a new pedestrian bridge with step free access linking to a new station building on Iverson Road and a new "public space" between West End Lane and the station building. In December 2009,the Council gave Prior Approval (a form of planning permission) toNetwork Rail for the station building and public space. The shops along from the corner were demolishd as part of this process (see blog post July 13th) but things have slowed down.

Network Rail recently decided to review the detailed design of their proposals to make “efficiency savings”. They say they don’t plan to makefundamental changes but have “identified ways to reduce cost through adapting the design and construction methods to best suit operational requirements.” In real terms that means they are still doing it but it won’t look as good!

Network Rail will resubmit a "Prior Approval application" shortly after which the public will have 3 weeks to comment before a decision is made by Camden.

This was designed in some detail and is due to start as soon as the current utility works are completed in West End Lane (hopefullymid-October.) But the new “raised crossing” on Iverson Road will no longer be smartly carried out in granite paving slabs but done in asphalt (its apparently quicker and cheaper!) Any money saved may go to improving some poor paving north of Sumatra Road. Or it may not.....!
Posted by Keith Moffitt at Tuesday, August 24, 2010 No comments:

Many West Hampstead residents will have been helped by John Ceconi, an extremely likeable and helpful Camden street environment officer. I'm sorry to have to report that John passed away at the weekend after a period of illness. We'll really miss John - he was an example of Camden officers at their very best.
Posted by Keith Moffitt at Tuesday, August 17, 2010 No comments:

Coming to a bus stop near you - or not! 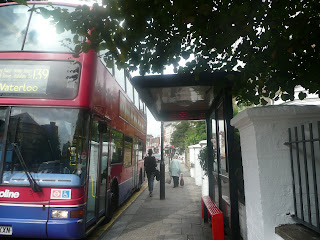 TfL is proposing to replace the old Countdown system with an entirely new system, using improved technology that updates the location of the entire bus fleet every 30 seconds. The original Countdown system was implemented at stops on a piecemeal basis rather than strategically, and with land uses and demand changes that have occurred over the last 20 years, existing Countdown signs may not be located at the most appropriate stops.

The criteria that TfL is using to assess the suitability of locations to install the new Countdown signs includes:

Some stops that already have a Countdown may be included in the new system or not and some that have not got one now will get one. If new locations are identified, they will have replace some already proposed.
On West End Lane there will be a new sign southbound at West End Green and a new one at the stop near Fawley Road. The stops northbound at Sherrif Road and Dennington Park Road are not due to be included in the new system, but could be considered.
What is odd is that on West End Lane, none of the bus stops south of Fawley Road appear on the proposals, even those by the stations or those that already have Countdown displays. I have challenged this with the Council Officers who will investigate. It is all down to TfL’s view of passenger usage, but I would have thought near the stations would have more use than those farther away and should be included in the new system.

We were only notified of these plans last week but Councillors have been asked for their comments by Monday 23rd August, so do contact us before then if you would like your views considered on which stops should be included.
Posted by Gillian Risso-Gill at Thursday, August 12, 2010 No comments:

Great news for Camden parents and children today, both in the north and the south of the borough.

The coalition government has just announced that three key schools projects are going to go ahead – the UCL sponsored academy on Adelaide Road, the rebuild of South Camden Community School and the rebuild of the outstanding Swiss Cottage school for children with special needs. And last night Camden’s planning committee gave planning permission for the new school on Adelaide Road.

A new school in the north-west of Camden, with a respected partner like UCL, was one of the first priorities of the Liberal Democrats when we were elected four years ago. The previous Labour administration had simply ignored the shocking fact that fewer than half of Camden’s children get a place in Camden secondary schools – and many in Camden’s Labour party did everything they could to stop the new academy going ahead.

It’s fantastic that the new school has now got both planning permission and the government money it needs and building can start. Together with the go-ahead for the rebuild and expansions of South Camden Community School, which will provide extra secondary places in the south of the borough, and the Swiss Cottage school rebuild, this really is great news for Camden children.

Meanwhile, we look forward to hearing more about the other Camden schools that were to get improvements under the building schools for the future programme, including Hampstead School.

If you want to see all the details, the Department of Education Press Release is at http://www.education.gov.uk/news/press-notices-new/bsf-sample-schools. 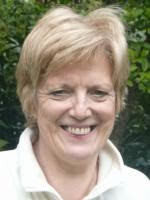 I am taking a keen interest in the difficulties currently facing retail shops on West End Lane (writes Gillian), and I am concerned that four have closed in the past few months with the possibility of another two closing shortly.  Jubilee Line closures at weekends and the road works are seriously affecting business and I raised this as an issue in my “maiden speech” at the full Council meeting on 28th June.

I am aware that the closure of independent retails hops on West End Lane has been raised as an issue of concern by residents for many years so I am aware that I am not highlighting anything new, but would like to see what might be done now.

As the new Councillor for West Hampstead, I’ve made an effort to talk with many of the businesses in West End Lane, and this has confirmed that high rents and business rates as well as the recession are particularly burdensome for independent shops.  This has led to the arrival of big national chain stores, such as Nandos and recently Tescos - which until recently were pretty much absent in West Hampstead -  that can afford the high rents and rates.  I am also concerned about retail premises being taken over as offices, which reduces retail opportunities even further.

At the WHAT public meeting on 7th July several long term residents lamented the demise of traditional food shops such as butchers, fishmongers, greengrocers in the road, It has long been  recognized that these have been replaced not only by the national chains but also by businesses that only need to invest in stock that has a short shelf life in order to pay the high rents, such as convenience stores, cafes and restaurants, takeaway outlets or charity shops or services with no stock at all such as dry cleaners, estate agents and hairdressers.  In my view, this means that WEL currently offers little of interest or variety to buy beyond the basics of life and convenience. Perhaps this is all that West Hampstead residents want. Tesco – despite complaints about the traffic problems it causes with its deliveries – is proving very popular although harming other businesses.

Personally, I find this trend rather depressing.  A lively and interesting “high street” not only provides a focus to the area where locals of all ages come and meet to support the businesses, but also attracts visitors as a destination to come to shop too.  A healthy local economy provides employment and benefits all residents.  Whilst the cafes, bars and restaurants on WEL contribute to this, the variety of choice in shops to meet local needs seems to be limited.   I do not buy the argument that people nowadays prefer to shop online or visit big shopping centres such as Brent Cross, Oxford Street or Westfield.   Many people still want to shop locally and get personal service or visit areas with interesting offerings. The independent shops we have selling books, flowers, pottery, clothes and gifts and much loved and make West Hampstead special.  It is encouraging that the two new arrivals, Blue Daisy and The Kitchener, and the new delis, Love Food and Gustoso, demonstrate that West Hampstead is still an attractive place to do business and we need more like them.

I am encouraged by my fellow LibDem Councillor Linda Chung in Hampstead Town ward who has been working with and supporting traders there.

I have yet to get to the bottom of why the retail offering in West Hampstead has not kept pace with other areas in London with similar demographic profiles where shops are thriving, despite the recession.  So far my research enquiries have focussed on traders, estate agents and Council Officers, but I would also like to get the views of residents.  In particular, it would be useful to know what types of shops they would like to have in the area that they would be willing to support.  Please send any thoughts to me at gillian.risso-gill@camden.gov.uk (or comment to this blog).

Posted by Gillian Risso-Gill at Friday, August 06, 2010 No comments: