Today the Community Construction Working Group met with the developer of West Hampstead Square, Ballymore and the main Contractor, O'Hare McGovern Ltd (OHMG). The Group is made up of representatives of local groups in the community affected by the development and West Hampstead Councillor Gillian Risso-Gill who negotiated the establishment of the Group.  Community members at the meeting were:

WHAT and the WH Business Association will also be represented in the Group.  If there are other Groups that wish to be represented, contact gillian.risso-gill@camden.gov.uk

Building on site will start on 10th March 2014
Building will take place between 8am - 6pm, Monday - Friday and 8am - 1pm Saturday
There will be up to 45 lorry movements per day along Finchley Road and West End Lane, these will include removal of waste and delivery of materials
Most of the trees have now been removed from the site.
Additional soft landscaping has now been included on the south side perimeter.  There is no scope to include additional planting on the north side due to Network Rail fencing.
Marks & Spencer will take the large retail unit and one of the small units

Future meetings will be held every two months.

The works will involve replacing defective equipment that was recently removed from the site as well as updating some of the remaining outdated play features.  The play grounds design and intended use for toddlers will remain the same.  In addition the safety surface surrounding the new features will be replaced. The works should be completed within the next couple of months in time for summer.

When the controversial Ballymore development was first being suggested your Liberal Democrat councillors pressed the developers to include improvements to the Overground station, and finally this public benefit is to be realised.  Transport for London has written to us to outline TfL's proposals for upgrading the station.

Local people may be concerned at yet more loss of trees - four in total - but when we get to see the formal planning application we can all comment on the landscaping and planting that will follow. The extended and widened platforms and the re-modelled station will certainly improve pedestrian movements in and around the station, which will be widely welcomed.

The letter we have received is set out below -


"Dear Councillor,
Proposed Station Improvements at West Hampstead
Transport for London (TfL) is currently working on a proposal for major improvements to West Hampstead London Overground station. The £7m scheme will see the existing station building replaced with a bigger, brighter, more accessible station which is integrated with the forthcoming Ballymore development.
The new station building will be adjacent to the current building, which will be partially removed to allow the pavement in West End Lane to be widened. The station will feature lifts to both platforms, providing step-free access from street-level to platform for those who have difficulty using the stairs. As the current platforms are too narrow for lift shafts to be installed, they must first be widened by a minimum of 3 metres. This will provide the added benefit of relieving congestion on the platform at busy times.
Work to widen the platforms will commence in late spring, together with platform extensions which are necessary to introduce longer, 5-car trains in 2015. Subject to planning permission, work on the new station building will follow in early 2015 and take approximately one year.
I have attached some initial drawings of the proposed station building. Please note that as we are still working on our concept design, these are subject to change prior to the submission of a planning application.
Next Steps
Our architects are working to finalise our initial designs in preparation for the submission of the planning application in spring 2014.
Preparatory works are also being undertaken including ground investigations will be carried out in the coming weeks.
In order to complete the platform and station works, it is necessary to remove four sycamore trees from the railway embankment along the westbound platform. The proximity of these trees to the new station building and platform means that the scheme cannot be completed with them in place. We are currently in discussions with tree officers from the London Borough of Camden regarding these trees and we intend to re-landscape the embankments to the rear of both platforms following the completion of works.
Comments
Prior to the submission of a planning application, we will undertake a consultation to allow passengers and the community to comment on the proposal. In the mean time, f you have any comments or questions about this scheme, please do not hesitate to contact me and I will be happy to help.
Yours sincerely, 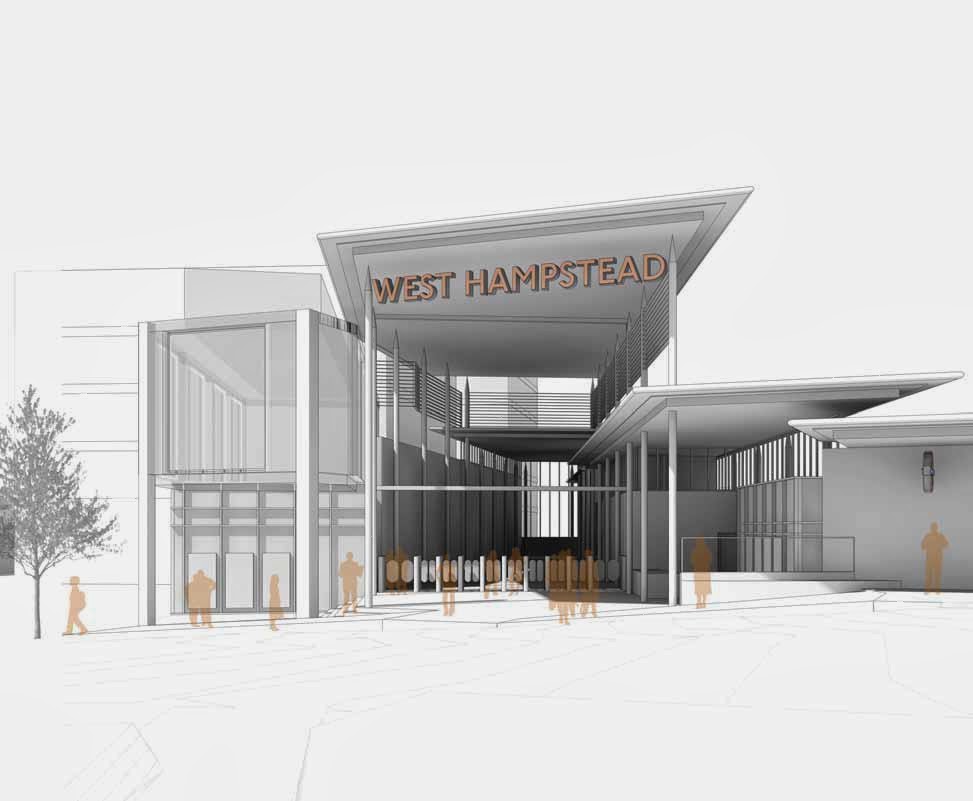 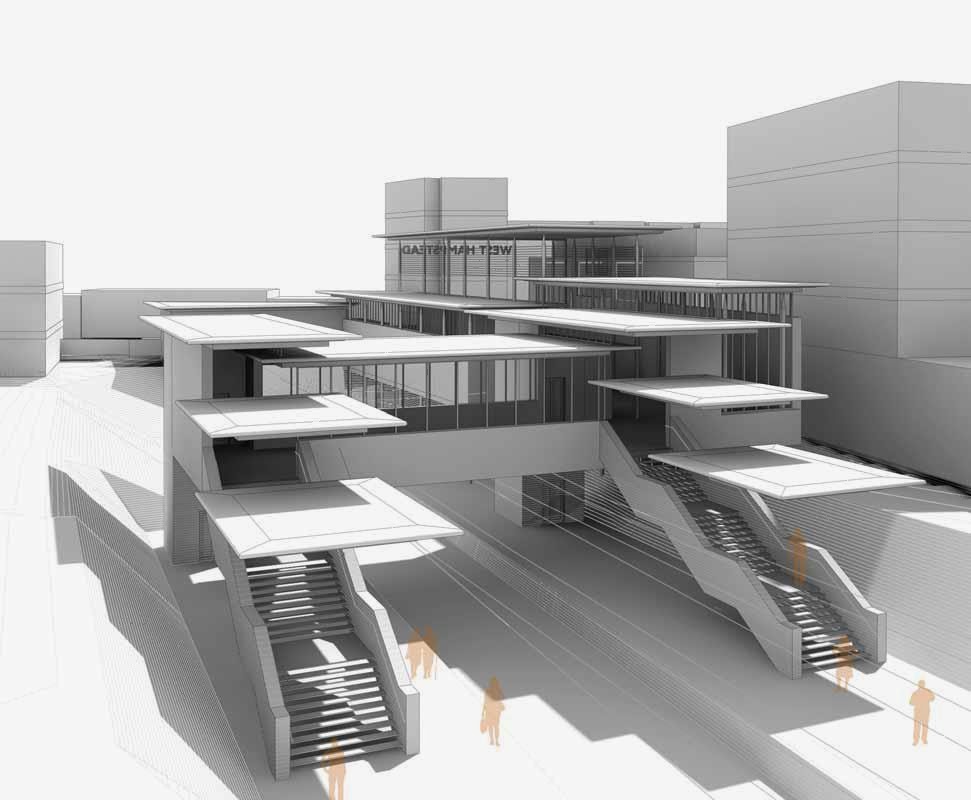 Posted by John Bryant at Saturday, February 15, 2014 No comments: